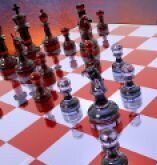 Rock Raiders slimy slugs only in one level ?

By antrad, August 3 in Game Discussion