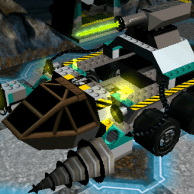 By ChrrromeCrushah, November 23, 2019 in Community Edition