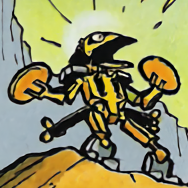 By Pereki, September 2, 2016 in Member Projects