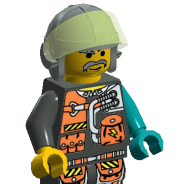 DEMO Kahuka on other tracks

By alan, February 2, 2013 in Modding Discussion