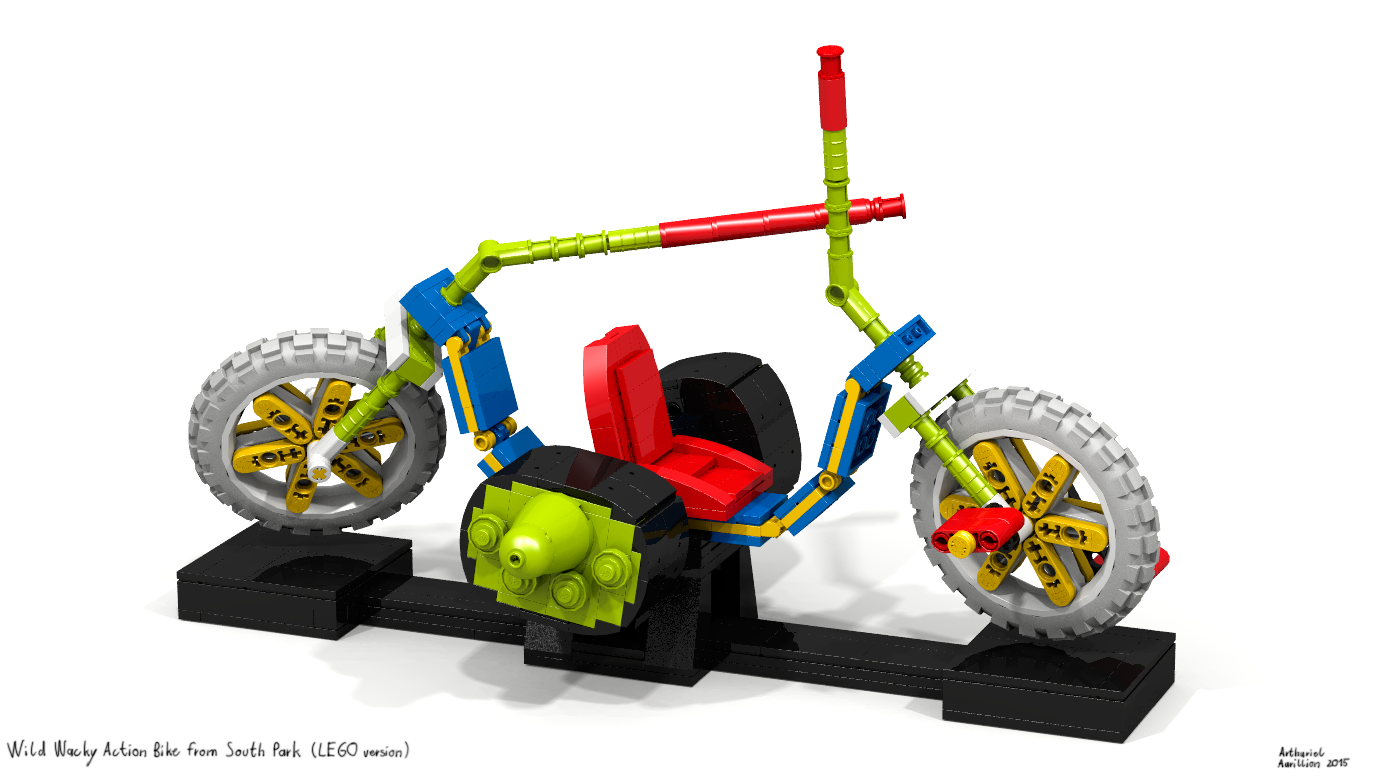 I already uploaded it today, but for some reason it didn't work. Well, here it is again.

This is the description from flickr (I wrote the original description for the picture on RRU, but on flickr I came up with a slightly modified one with more information in it):

Some days ago I had the idea for making a MoC based on one of the most useless, but still hilarious (fictional) products, that I have seen (at least I always smile or laugh, when I see it XD):

The Wild Wacky Action Bike from the animated series South Park (you can find the ad on the internet).

Be amazed by its lack of functionality and craftsmanship and laugh until you die or throw it into the trash can! (+black stand to make it look like an expensive collectors edition).

I searched on the internet to find out, if someone has already created a LEGO version of it, but I have found nothing (therefore I made it).

I guess, that the advertisement of the LEGO version might be slightly different and contain slogans like this one:

(I used "/", because I wasn't sure, which words might sound funnier.)

P.S.: Since the MOC is made out of bricks, it is probably the hypothetical canadian version of the Wild Wacky Action Bike, which makes it even more useless (for those, who don't know the series: People and Stuff from Canada is made up out of simple geometric shapes (simpler than the rest of the series) and vehicles have square tyres).