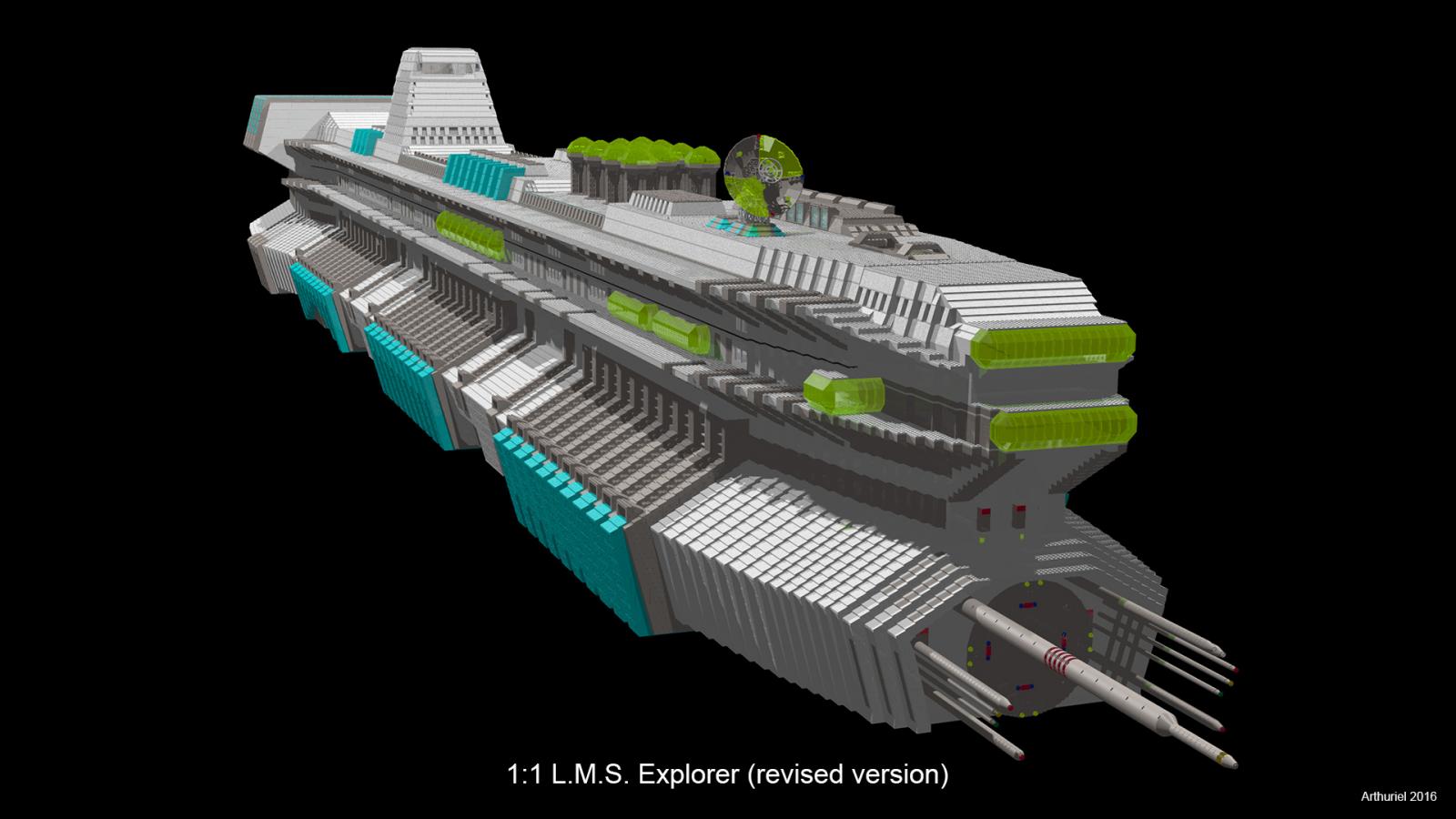 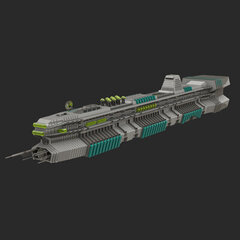 Finally I managed to fix the problems, that I have found in my older version of the ship.

Due to having a faster computer it was way easier and much faster to work with LeoCAD (loading the file takes ~ 5 seconds), though I recommend saving all the time since the program can crash (I have two saves in case, that the program crashes during saving. That way I always have another save).

I fixed quite a lot on that ship:

-added teleporter/radar dishes at the bottom

-added elevator shaft to the back of the bridge

-changed the outside of the bridge a bit

-modified the front to make it look more like in the videos and the magazine (thanks for uploading that picture, Ringtail

(it means, that it is more narrow now and that I changed many elements on it)

-changed the antenna on top of the front

-changed those dark grey openings/windows on top of the teal stripes etc. (they are one instead of two types now and they contain transparent elements now

-changed the dark grey pit in front of the bridge

-changed the structure with the eleven domes, that you can see behind that top antenna

-changed the area between the bridge and the dribes

-removed useless bricks inside the ship

-stuff, that I have forgotten to mention

There is still room for improvements on that ship, but I like it more than the older version. The next thing will probably be a poster with pictures of the ship from different angles. I think, that I will also upload the ldr-file (can be used for LeoCAD and LDView. Mabye other programs, too).

P.S.: The extended intro of Rock Raiders was also helpful for improving stuff like the front.

Field Of Darkness, Ben24x7, Serwithed and 2 others reacted to this
Sign in to follow this
Followers 0
From the album: